ttocs said:
The "stand" I'm using is a petrified tree stump. On top is a IsoAcoustics Aperta 300 Center speaker isolation stand, which is perfect for the C18. The Aperta has tilt adjustment.

I have the same problem [and actually had similar with my previous Motion 50XT, so it looks like some nasty cancellation from MLP and Stand]. My problem is that I can move only within approx. 20 cm forwards or backwards. I will experiment with adding some reflective surface on the floor. DRC helps, 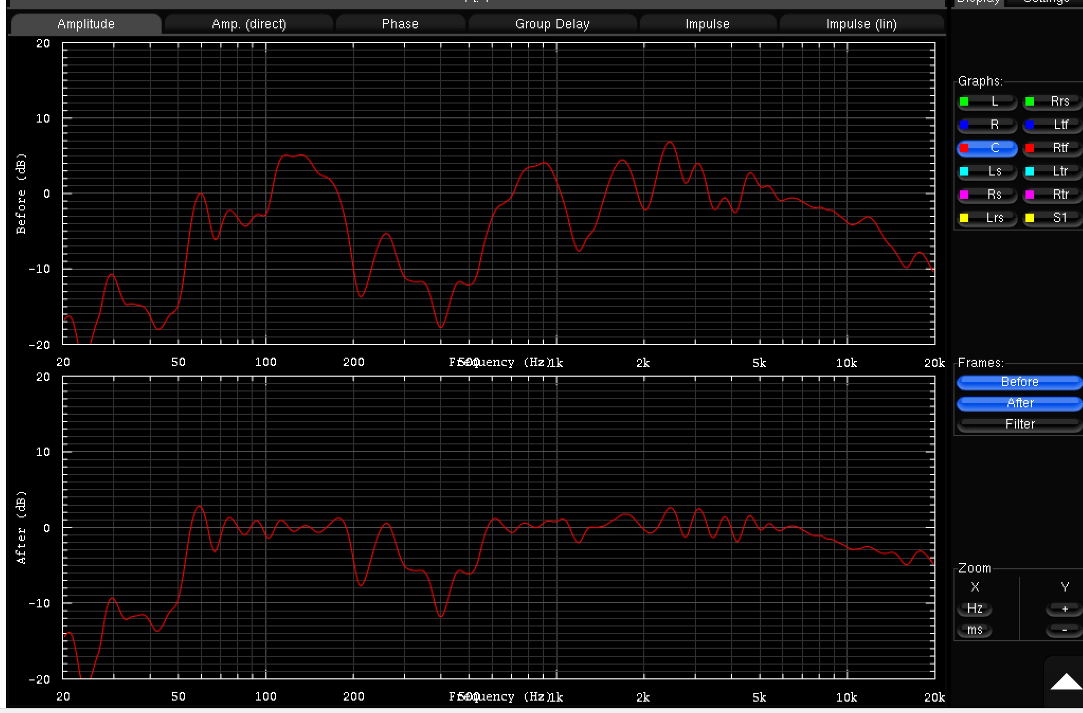 Well, I have been tinkering with some things and a question came up in my mind.
Which speaker location ends up with a better correction?

In the case of the C18 I have had it on a stand with the front edge of the C18 being 32" from the front wall. This is where it measures better BEFORE Dirac corrects it. But, does this location provide Dirac with the "easiest" issues to correct? Apparently not.

I have never removed the wall mount for the C18 because it has been hidden behind the center speaker all the while. So I decided to hang the C18 on it and see what would happen.

Lo and behold it does indeed correct smoother! Who knew? Apparently, whatever is causing the cancellation between 300-700Hz, which is pretty deep when mounted on the wall uncorrected, and less deep on the stand, gives Dirac a bit more trouble when on the stand. So I've added one more item to the list of what to try when setting up a speaker, run Dirac for each possible location.

Frankly, I much prefer it on the wall, so it's a big win all around.
You must log in or register to reply here.