I thought I'd start a separate thread for troubleshooting my speakers. So I got a few min to check further, initially I thought I had bias voltage but I had checked in haste and being the PO had already been in the enclosure and looked to have moved to the panels during troubleshooting, I broke my#1 cardinal rule and "assumed something". So, It seems I have 290vdc at the red and black bias supply to the one panel. I've only checked the one speaker since both speakers have silent panels and I'm thinking the prob is going to be common to both sides. If both panels quit at the same time and the bias supply is this low I suspect a surge, maybe lightning? Anyway, the one uncommon component looks like the step up transformer. Anyone know if it's available from ML or an elec supplier? Anyone have a part number? I still don't know the condition of the panels so I'm hoping to get the power supplies working instead of getting new ones. Besides, I doubt they would be available for my version of Aerius i. I have a high voltage probe coming for my voltmeter but at this point I know the voltage present is 290vdc.
Any troubleshooting help from here would be appreciated.

Hola,
The bias voltage usually is between 1700 to 2200V DC. It looks that both power supplies are not working right. If you track the red + cable connector in the pc board, it goes to a five 15M ohm resistors connected in series. Check all these resistors.

If not, the transformers are bad.
S

Thank you Roberto I'll check those resistors. Also, theres a small white pc board with four large diodes and a few other components, has a small gray two conductor zip wire on it going to maybe the music sense circuit. But seems there is a fair bit of current there as the pc board where the diodes are shows some browning from heat, and the diodes look like 5amp carbon but could be zeners? Is this a small rectifier or power supply?
T

Roberto, mine seem to only have four 15meg resistors. They go to the transformer so it seems if in series they should measure something across on or more resistors. I get completely open across each one in circuit, so I'm hoping I may get lucky. Taking the panel to work tomorrow where I can pull them out of circuit and check on my workbench. 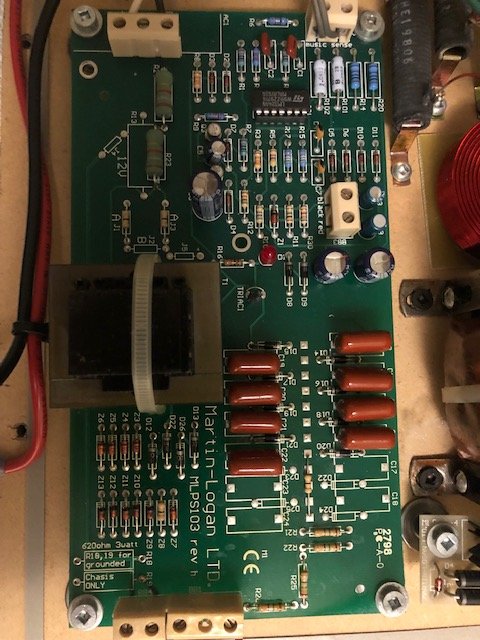 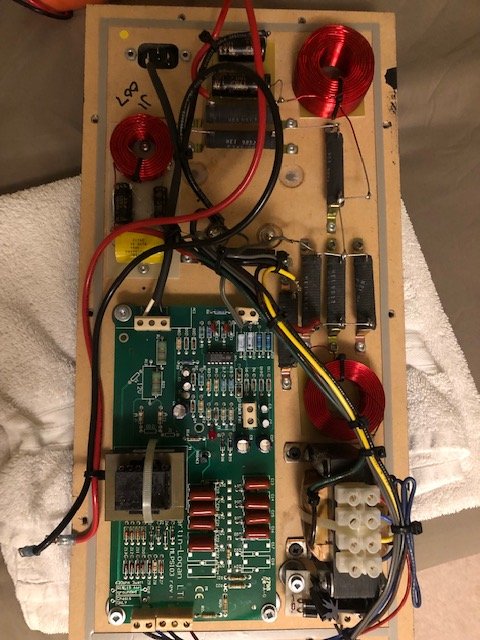 All caps and carbon diodes check ok with one leg lifted, all zeners (z3-z13) except z13, measure similar dc resistance. Maybe this is the culprit? Iirc it seems open/dc. Have no way to test zeners. Triac checks ok with ohmmeter. I have all diodes, capacitors and triac ordered to replace in this section, have one leg on all components lifted so now I'm on the fence to shotgun all these components or put everything back but the one zener to replace? Any advice?
S

Well, I decided to replace all those components, any can be leaky under load etc... and they're pretty old.
H

Any updates? I'm learning a lot from your progress.

I have the bias check procedure on PDF, I can't attach it here but I can Email it if you give me your address.
You must log in or register to reply here.