Original system was here (System #374 (Passage)), but as location has changed including pretty much all the equipment (except for the Passage), I'm creating a new system.

Comments
-----------
The passage system used to be in the bedroom in our old home. With wife approval) I installed it in the family room in the new home. I added a Depth for the low end, but because of the size of the room (19x26) I decided to go with 2 subs to reduce the localization of the the subs. As it's all ML, it blends beautifully together.

Originally I had the Passages in the wall without any in-wall treatment, but then found too much sound travel, so I removed them, framed the space with 2x4s, and put sound isolation foam sheets. Helped significantly. It's still not perfect (aka could probably still be better) but there is a limit of what I can do with an in-wall.

I added a DIRAC processor which has done wonders in terms of sound quality. However, I found that I don't like a flat curve and instead are using a boost at the lower frequencies. Also from a DIRAC perspective, I treat the subwoofers as a a L and R which allows me to optimize as essentially a 2 speaker system which comes out much better IMO.

I'm not planning on adding any wall treatment, as honestly they won't pass the WAF, and also this is meant to be somewhat low key system. 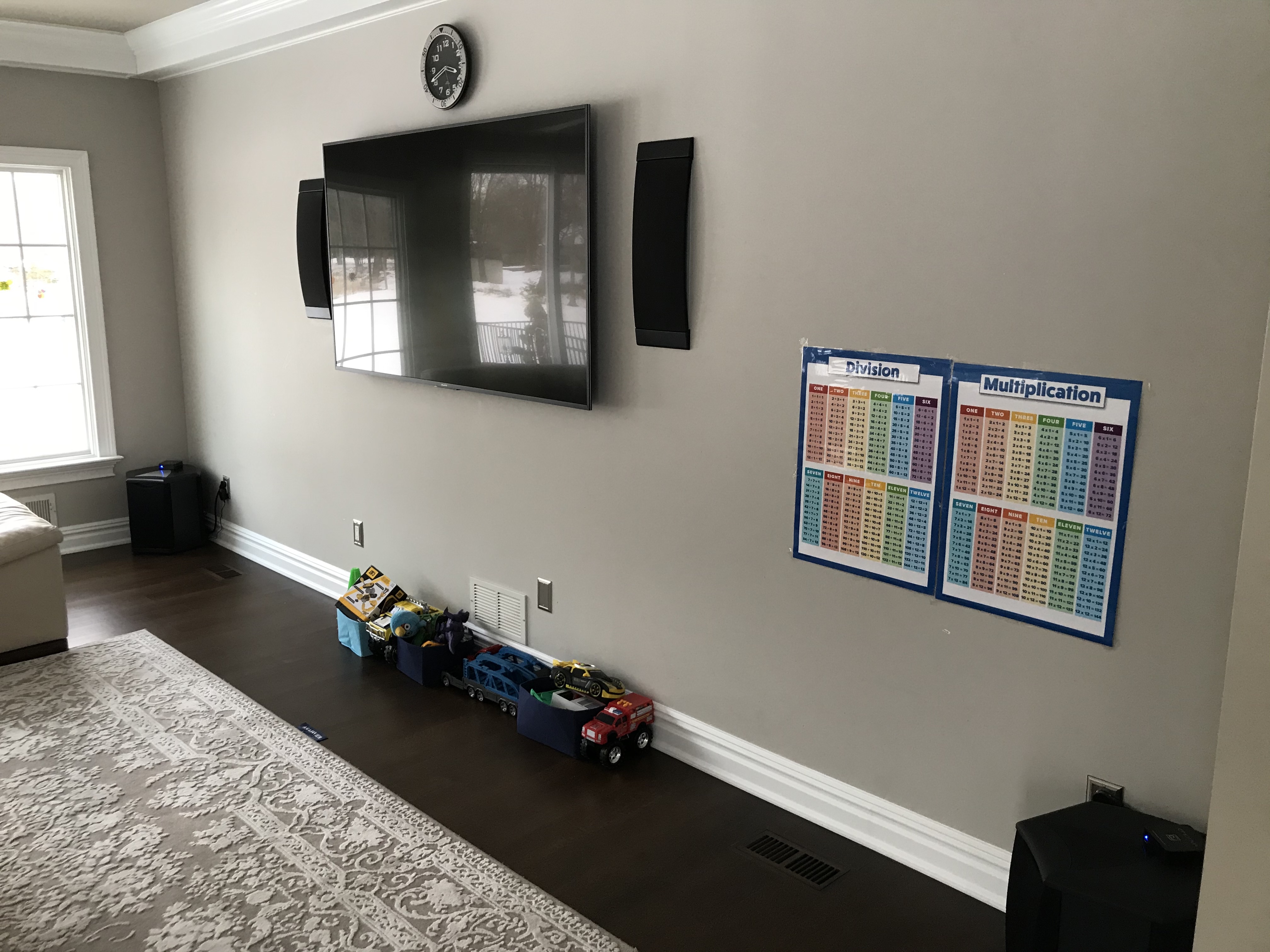