I’ve been looking for a good center channel to match the ReQuests that I use as fronts. Considered all the existing electrostatic-based ML centers, but then decided to try out using some spare ReQuest parts as a center.

Panel is placed horizontally with some proof of concept 3D printed clips to hold the stator panels tightly together. Wired to a ReQuest crossover panel with a ReQuest woofer running in free air mode (switch set to reduce and preamp set the center to small to prevent over-excursion of the woofer outside of an enclosure).

Even with the very thrown together proof of concept test, and the panel resting too low on the floor, the result was impressive. Obviously perfectly matches the L&R, and with the width covering most of the screen width, there is surprisingly good dispersion to the seats in the theater.

Next steps are to design a clamping system for the stator, devise a wall mount with a stiff hinge that will allow angle adjustment, enclose the panel electronics and determine if I need the 12” driver or if I can replace it with a dummy 4ohm resistor without compromising sound from the center- especially if I have the center crossed to pass lows to the subs. 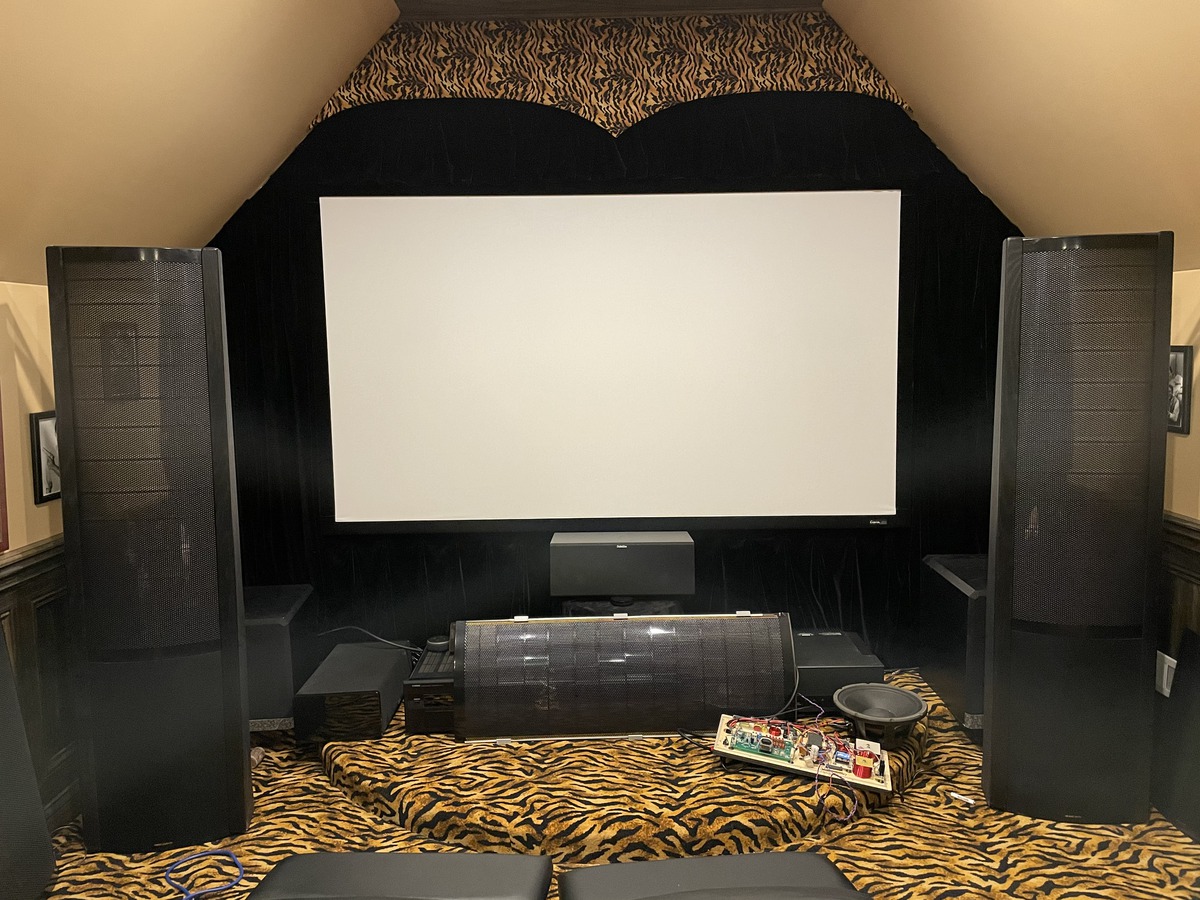 The resistor idea is very good!

ih82lose said:
but then decided to try out using some spare ReQuest parts as a center.
Click to expand...

Yeah! finally, someone else goes the DIY center route. It was getting lonely being the only one

This is a challenge, as the front wave is now likely to bounce off of the ceiling, as the curve is such that the upper couple of inches are aimed way above the MLP.
One thing to try while you are in this discovery phase is to flip the panel around so the back of the panel is aiming the sound at the MLP. The concave surface will deliver a more focused beam.

And either way you orient the panel, it will be critical to absorb the 'rear' wave (facing the front wall/screen) to both negate diploe cancelation effects and reduce comb-filtering, which really messes up dialog intelligibility. Something critical in a center channel.


ih82lose said:
... determine if I need the 12” driver or if I can replace it with a dummy 4ohm resistor without compromising sound from the center
Click to expand...

The panel is only effective down to 320Hz or so you will need a woofer to cover the 80Hz to 340Hz range.

The simplest would be to slap the old woofer in a pre-made box (see Home ), something like this might work thanks to non-parallel walls, along with some stuffing would be a good candidate Home

But much better to use a new 12" driver that can play into the 500Hz range cleanly, such as this one Home

In that box, with a vent tuned for 40Hz, and high-passed at 80Hz (in the processor), it should be nice and clean.

As for crossovers and such. You can totally ditch the low-pass passive elements from the original. Not needed at all in this scenario. These ML's supported bi-amping, so each element (panel/woofer) has an independent XO.

So two ways to run this:
Keep the low-pass crossover to the panel in place and use a miniDSP HD to create an active XO for the woofer amp. Or get an amp that has an XO option, such as the Crown XLS 1502. Create a 4th order low-pass at 320 to 340Hz.

The other is to go all active (recommended) and use a Driverack Venue360 to perform XO, time-alignment and minor EQ. Lower-cost is to use a MiniDSP HD for that. But the DriveRacks are bullet-proof and totally transparent. Used ones show up for under $500. I can share the Driverack config from my center to use as a starting point.

Replying to this thread made me remember I already whipped up some ideas around this concept, please read this post from my center channel build thread: SL3-eXtreme Center channel speaker – a design and build story 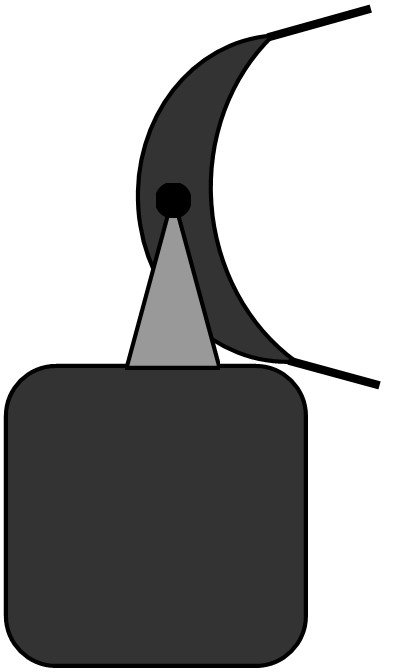