So this pair of Aerius I that I bought a few months ago seem to be an odd duck. Even Ron at ML said he's never seen any like this and it must be early pre-production units. No bi-wire input posts and rails go on upside down.
Also attaching pics showing aging sticky glue and automotive door edge guards solution on woofer grilles. 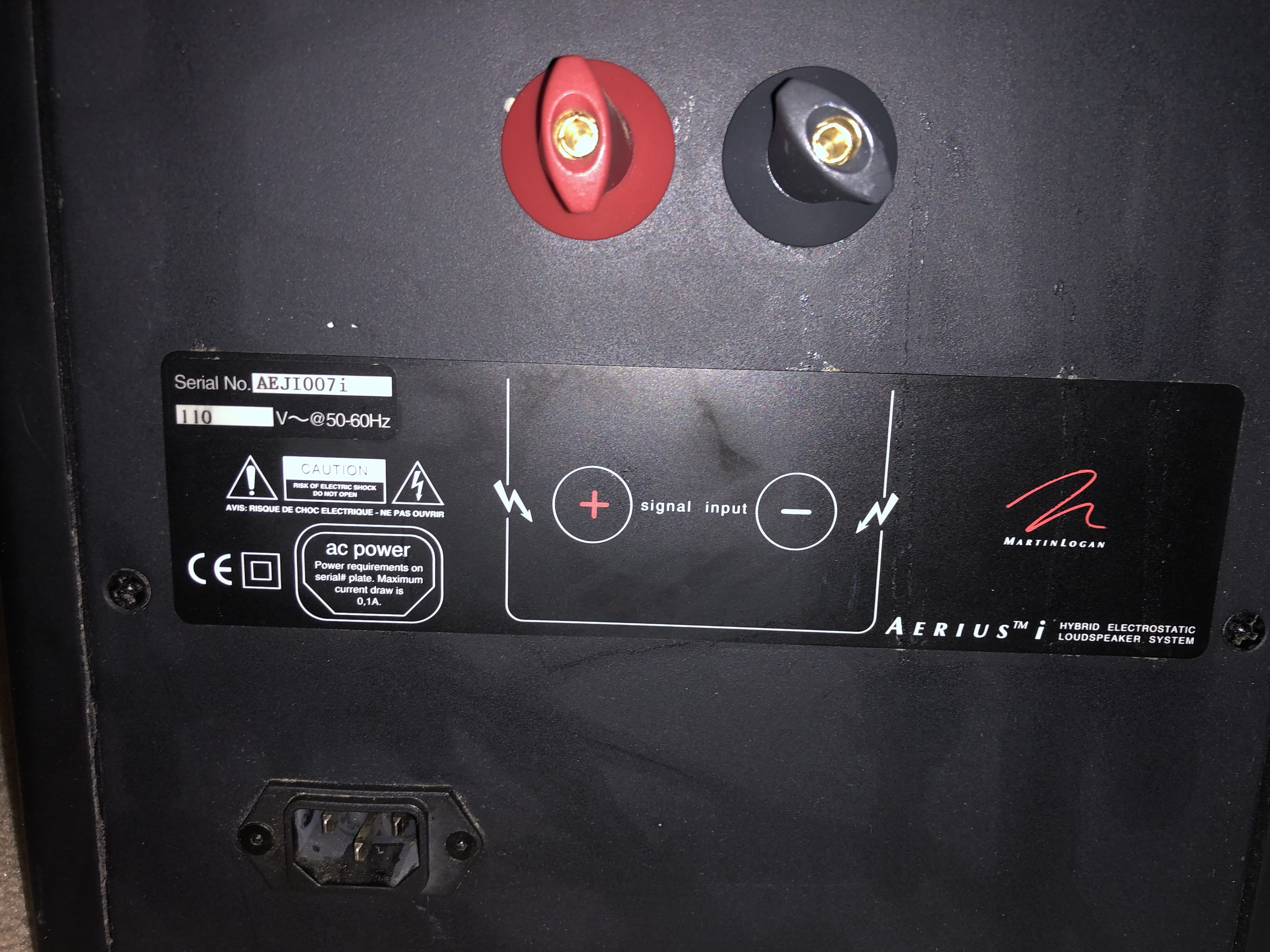 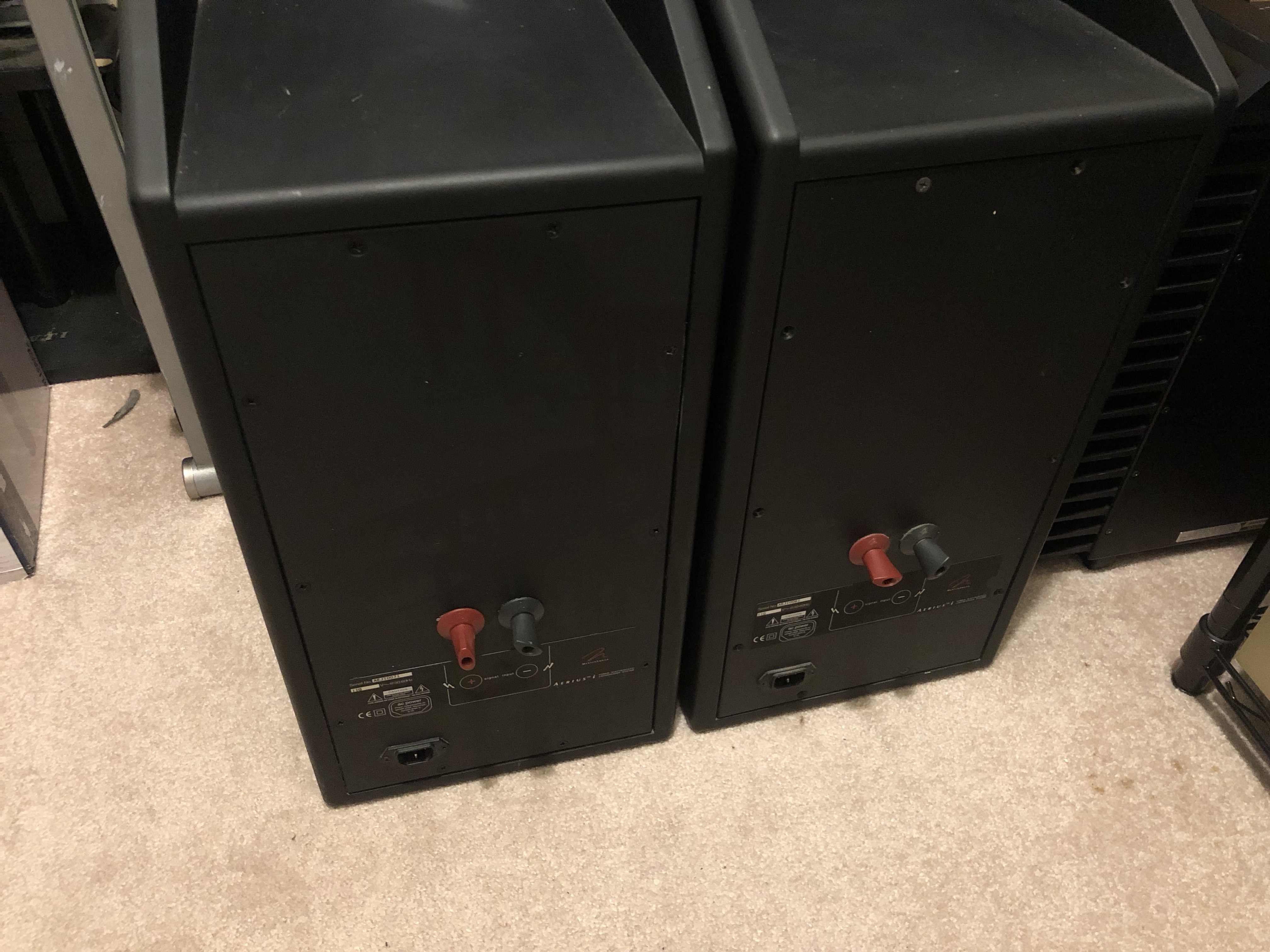 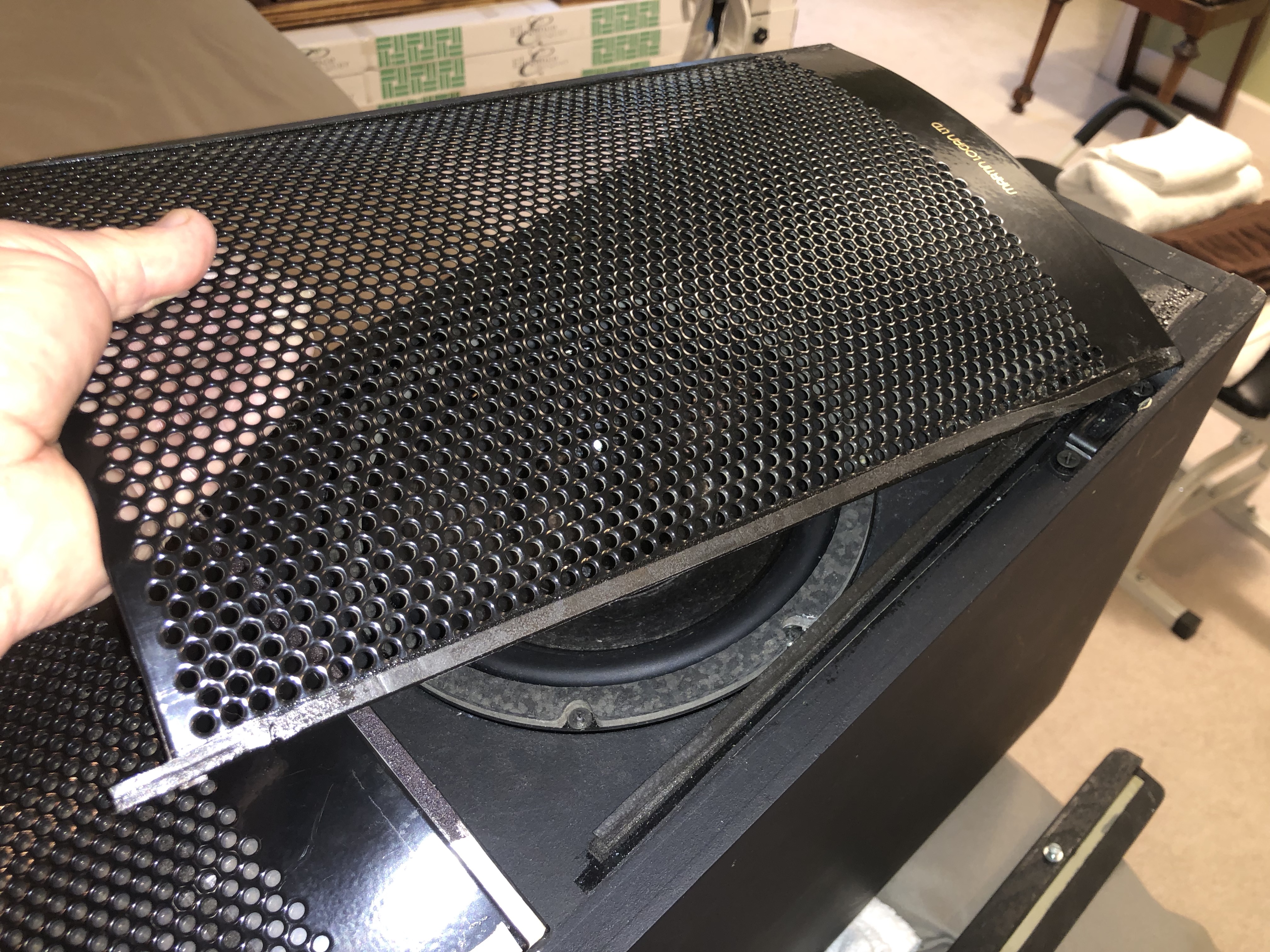 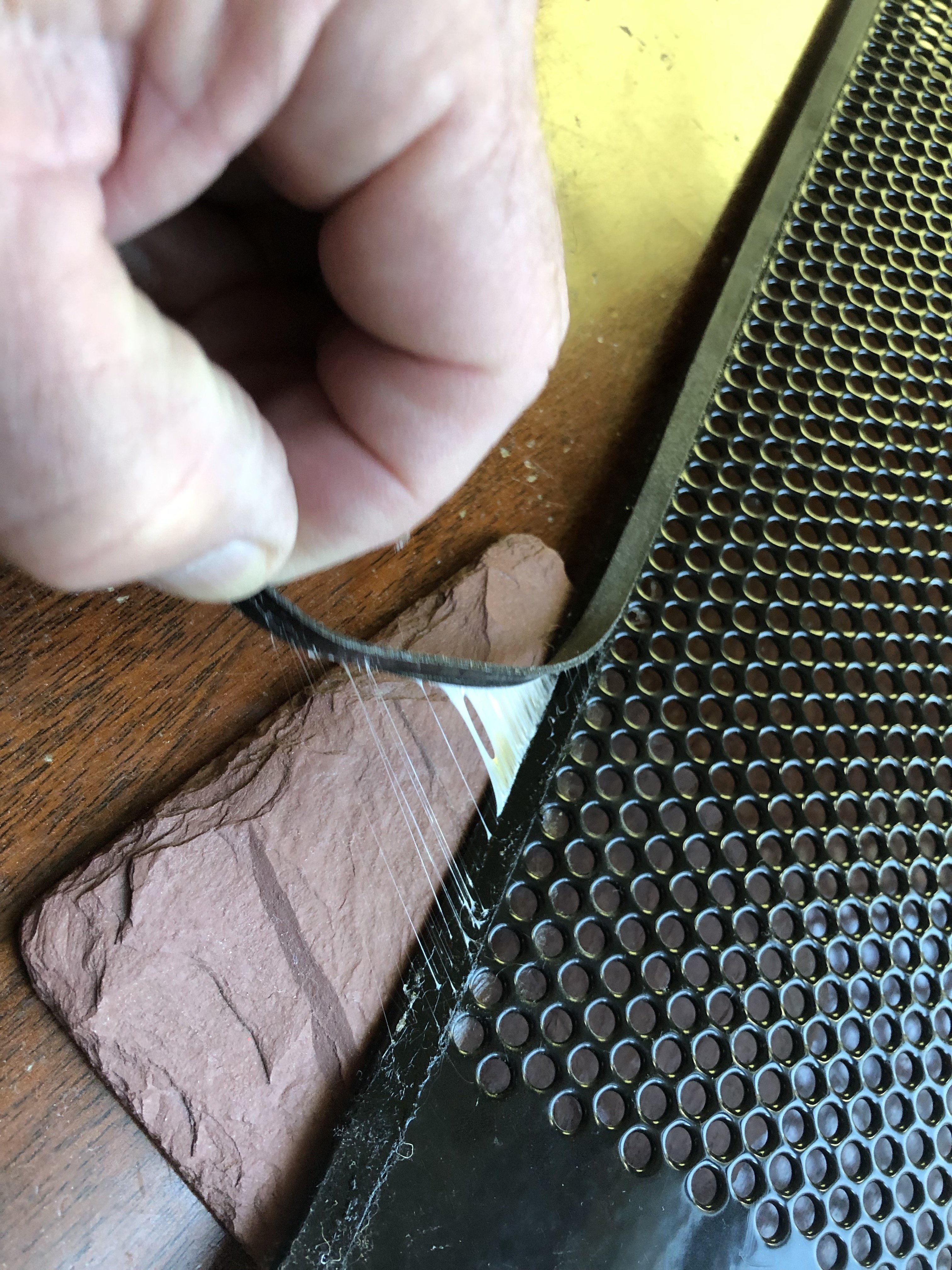 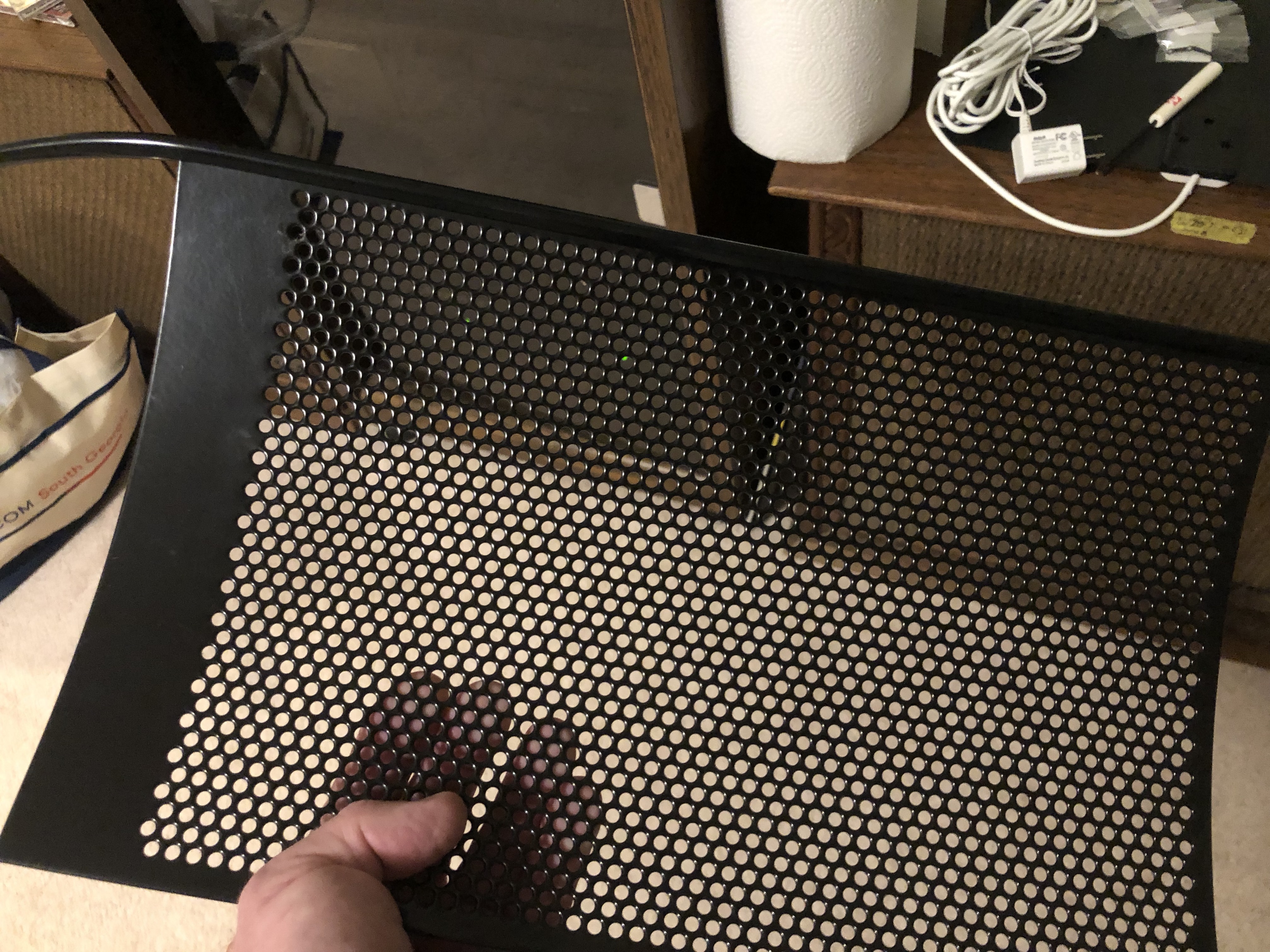 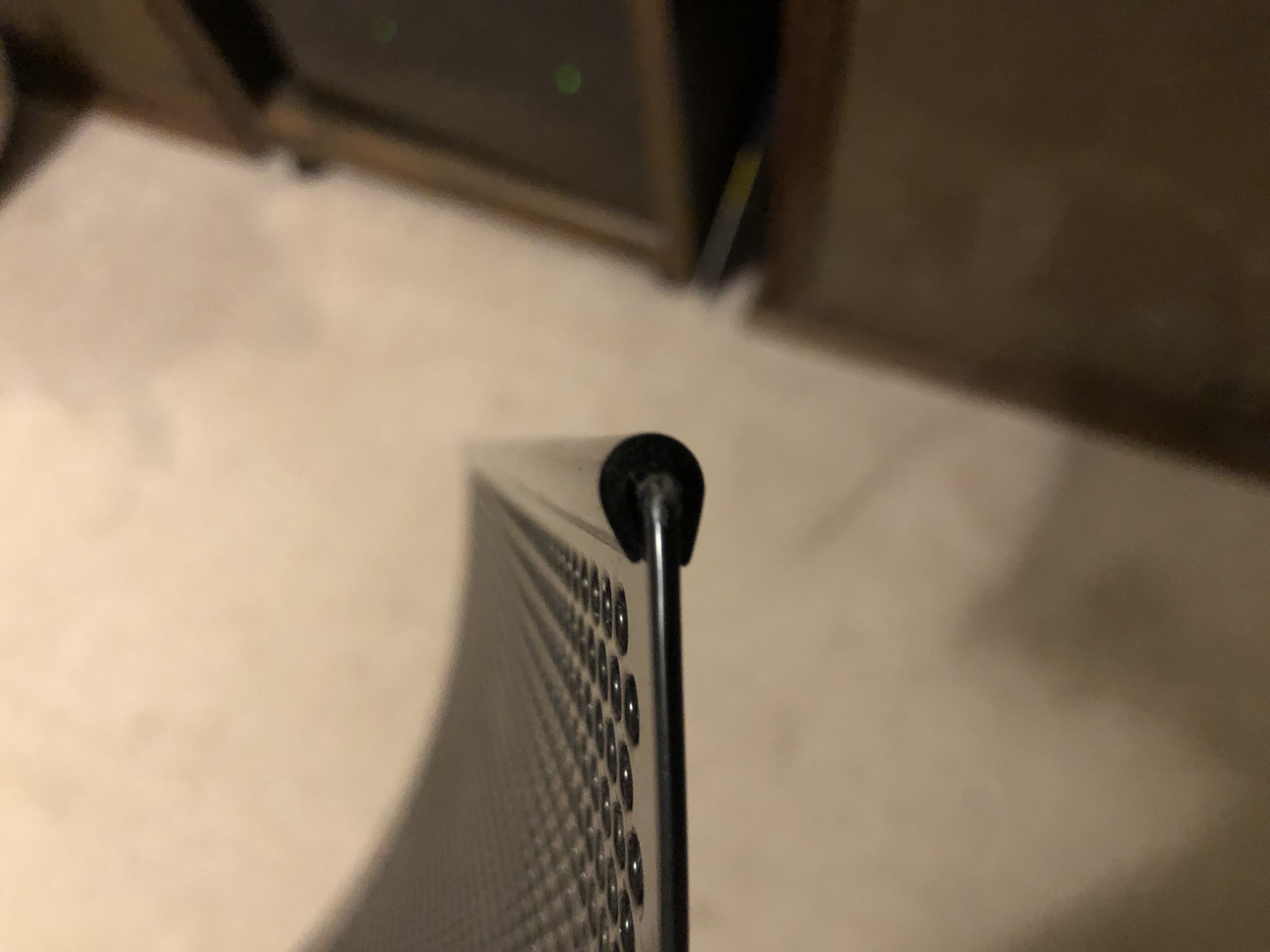 Agree it must be an in-betweener of some kind, as even the spelling is FUBAR.
You can turn the pin-receiver hardware around, so that the rails tap down to lock, up to release, so they don't undo themselves under gravity. Because that's how these eventually fail: the panel slips down and hangs on the wires until one breaks. (Editing to clarify that the panels slip down regardless of which way the rails mount, so block them with something.)
S

Damn i hadnt even noticed, but then Again I am very dyslexic. I hope i can change that, if not it’s gonna drive me crazy! I do kinda like the irony though…
J

Thank you for the help but none of it will do me any good if I can't do step one of removing the rails. Please send me pictures of how the rails are fastened onto the frame so I will have an idea of which way to pound them? I did not know a dead blow hammer and a rubber mallet are not the same thing. I will order one as soon as I send this. How heavy do you recommend?
S

Jack, if you cant easily get a dead blow hammer from someplace near you (lowes home depot, ace hdw) then just use a regular hammer and a block of wood to keep from damaging the rails. They move about 1” to disconnect and vertically either up or down. Put a wood block on the end and whack it a a few times, if it doesnt move try from the other end. Pics are on the previous thread
S

I used a regular hammer into a waded up washcloth. Worked fine to pop the rails on my Aerius.