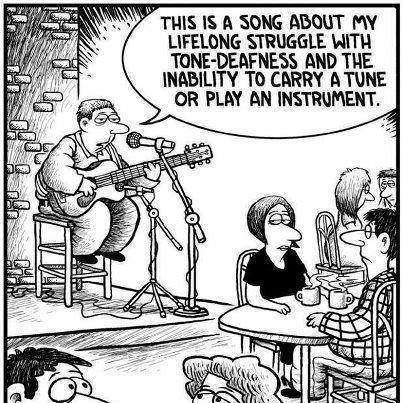 perfect timing after a long week, thanks Steve !

twich54 said:
perfect timing after a long week, thanks Steve !
Click to expand...

Have a great weekend Dave. 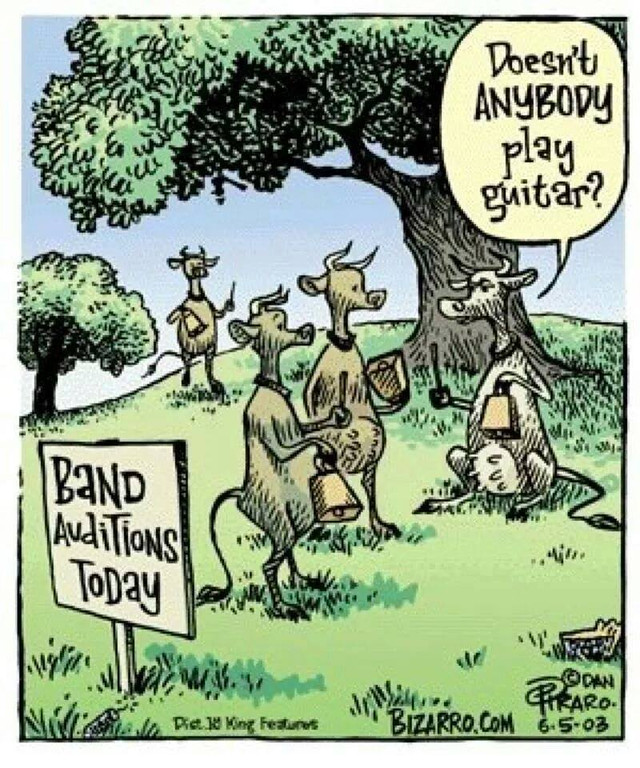 Resurrecting this old thread with the PERFECT cartoon (in the current issue of Copper from PS Audio)... 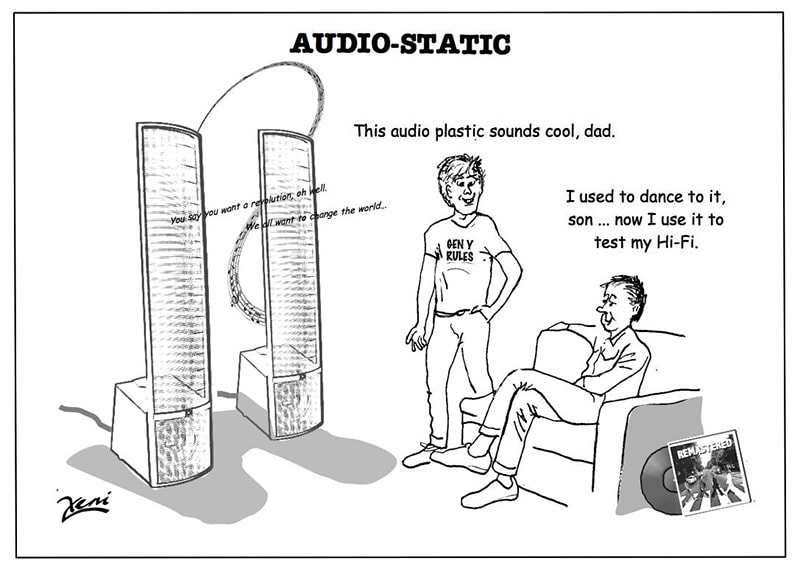 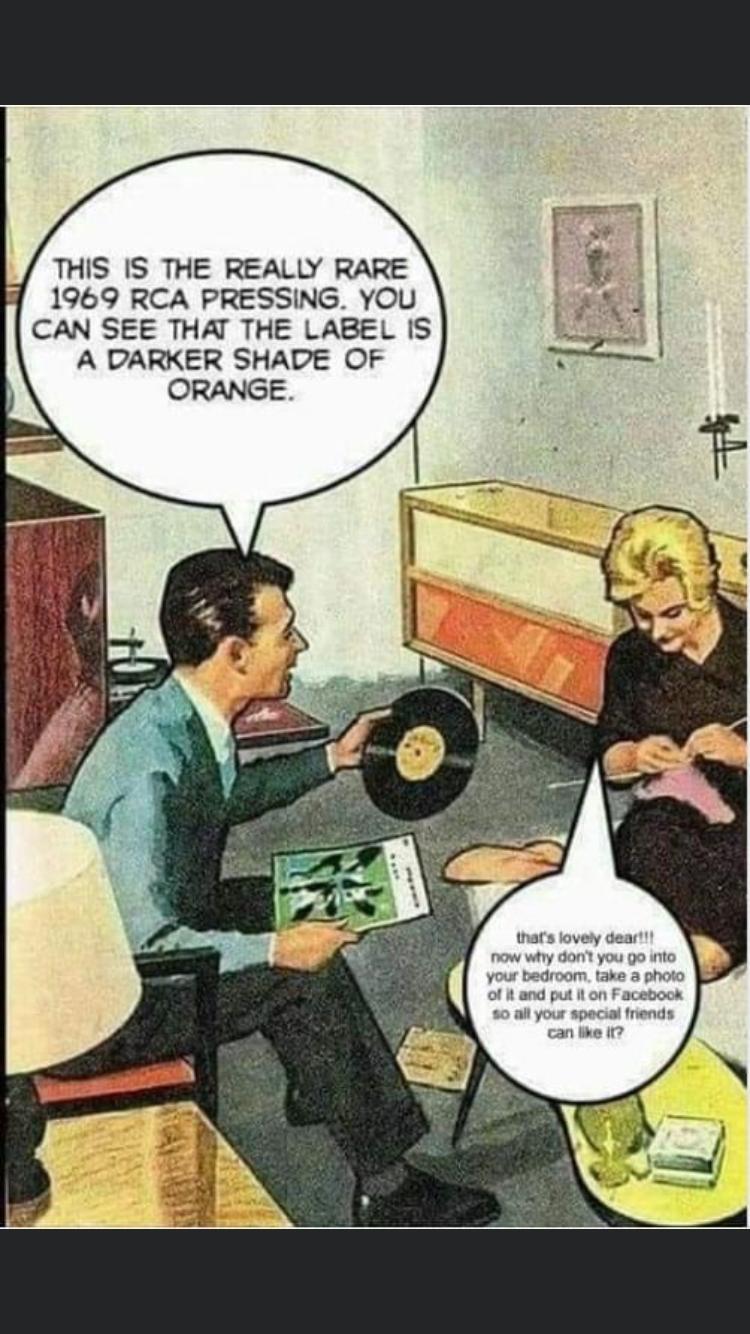 PILLAR DRILL : A tall upright machine useful for suddenly snatching flat metal bar out of your hands so that it smacks you in the chest and flings your beer across the room, denting the freshly-painted project which you had carefully set in the corner where nothing could get to it.

WIRE WHEEL : Cleans paint off bolts and then throws them somewhere under the workbench with the speed of light. Also removes fingerprints and hard-earned calluses from fingers in about the time it takes you to say, ‘Oh sh*t’

PLIERS : Used to round off bolt heads. Sometimes used in the creation of blood-blisters.

HACKSAW : One of a family of cutting tools built on the Ouija board principle… It transforms human energy into a crooked, unpredictable motion, and the more you attempt to influence its course, the more dismal your future becomes.

MOLE GRIPS : Generally used after pliers to completely round off bolt heads. If nothing else is available, they can also be used to transfer intense welding heat to the palm of your hand.

OXYACETYLENE TORCH : Used almost entirely for setting on fire various flammable objects in your workshop. Also handy for igniting the grease inside the wheel hub out of which you want to remove a bearing race…

HYDRAULIC JACK : Used for lowering a car to the ground after you have installed your new brake shoes, trapping the jack handle firmly under the bumper.

BAND SAW : A large stationary power saw primarily used by most people to cut good metal sheet into smaller pieces that more easily fit into the bin after you cut on the inside of the line instead of the outside edge.

TWO-TON ENGINE HOIST : A tool for testing the maximum tensile strength of everything you forgot to disconnect.

PHILLIPS SCREWDRIVER : Normally used to stab the vacuum seals under lids or for opening old-style paper-and-tin oil cans and splashing oil on your shirt; but can also be used, as the name implies, to butcher Phillips screw heads.

HAMMER : Originally employed as a weapon of war, the hammer nowadays is used as a kind of divining rod to locate the most expensive parts adjacent to the object we are trying to hit.

STANLEY KNIFE : Used to open and slice through the contents of parcels delivered to your front door; works particularly well on contents such as seats, vinyl records, liquids in plastic bottles and rubber or plastic parts. Especially useful for slicing work clothes, but only while in use.

ADJUSTABLE SPANNER aka “Another hammer”, aka “the Swedish Nut Lathe”, aka “Crescent Wrench”. Commonly used as one size fits all, usually results in rounding off nut heads before the use of pliers. Will randomly adjust size between bolts, resulting in injury ,swearing and multiple threats to any inanimate objects within the immediate vicinity.

BASTARD TOOL : Any handy tool that you grab and throw across the garage while yelling BASTARD at the top of your voice . It is also, most often, the next tool that you will need.

Not audio but still amusing reality. 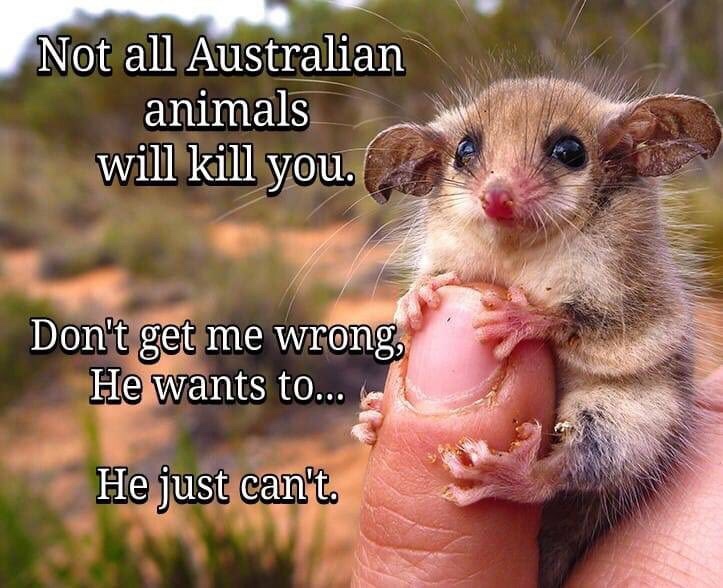 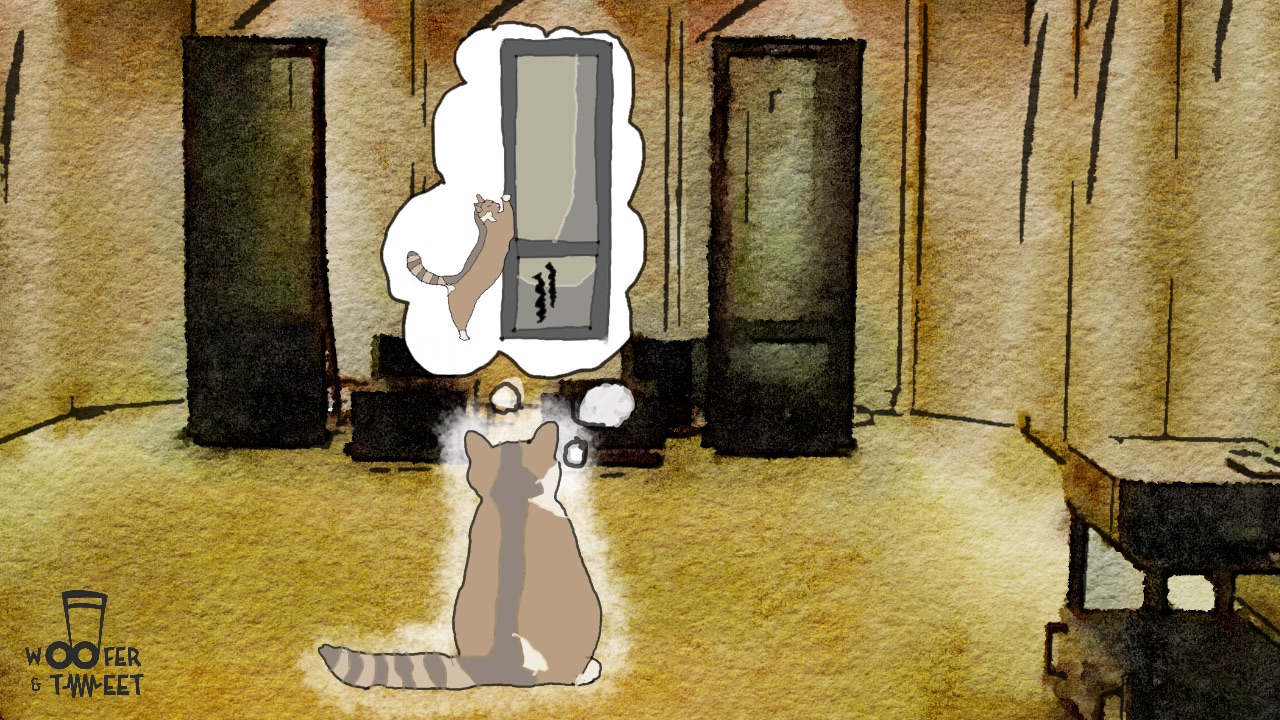 Ah, the stuff of which nightmares are made.
Our cat passed.
I finally get my 13as.
Coincidence? 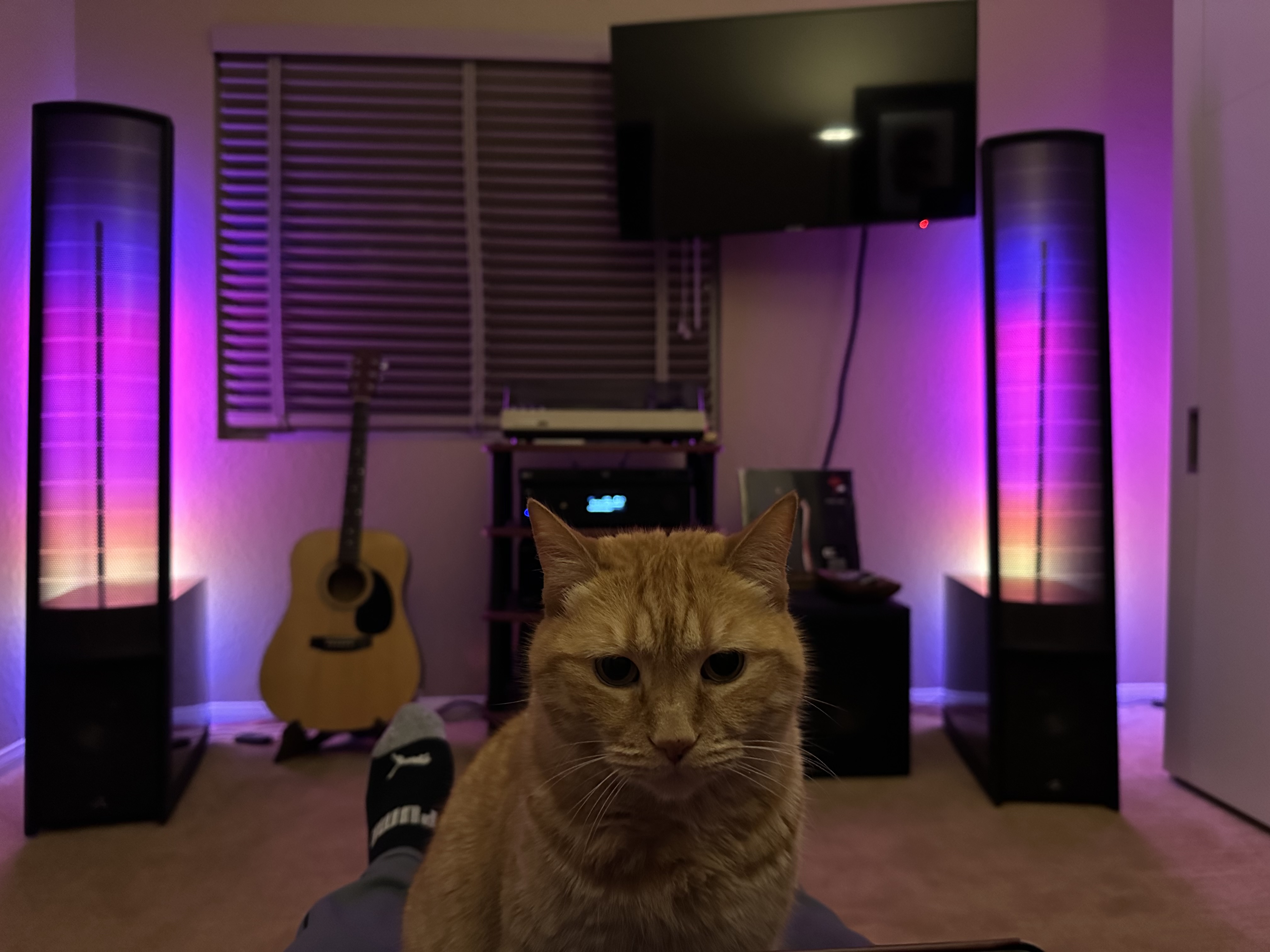 My kitties never touch my stats, didn’t get Maggie’s for fear they’d treat them like scratching posts (although a friend of mine has some 1.7’s and three felines who don’t touch them).
L

Lurch said:
a kind of divining rod to locate the most expensive parts adjacent to the object we are trying to hit.
Click to expand...

Most commonly, your fingers.

And Table Saw: you don't want to go there. A "kickback" can easily launch a projectile into your gut if you're unwise enough to be standing behind it, or suck your fingers into the spinning blade. Safety is something you take very seriously.
L

Tmort said:
View attachment 23786
My kitties never touch my stats, didn’t get Maggie’s for fear they’d treat them like scratching posts (although a friend of mine has some 1.7’s and three felines who don’t touch them).
Click to expand...

My kitties are thankfully uninterested in ML stat panels. They don't seem very attractive to feline claws, though the electric charge could deliver a tardy disincentive. But my Acoustat 1+1's got pretty ratty from a cat climbing up them and sitting on top. I can see where Maggies would present the same hazard.
L

They could get jobs playing in Mahler #6 or 7.

I had a pair of Dahlquist DQ-10’s which looked like giant scratching panels to cats or they sit atop them!

My wife's reaction to my Home Theater setup 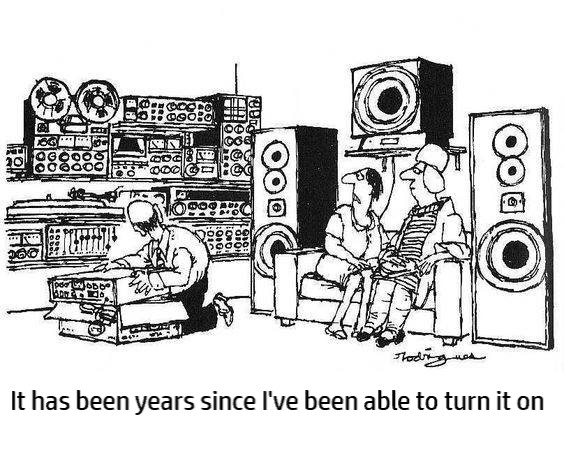 My wife has trouble with mine, and it's simple!
L

Throughout my audiophile years I've tried to adhere to KISS (keep it simple, stupid), while following my instincts that separate pre and power amps offer the best sound and flexibility. Once I introduced "home theater" into the mix, though, it became a lost cause. When we watch a video my SO pulls the screen down. That's her job. I do everything else. I showed her this cartoon and she related. I particularly enjoy the image of the enthusiast unboxing yet another piece of equipment while the women watch in horror.
You must log in or register to reply here.

B
Howdy from San Diego